With a vision to cultivate one million child innovators in India, Atal Innovation Mission by NITI Aayog and Government of India envisaged a novel programme – establishment of Atal Tinkering Laboratories in schools across the country.

We are one among the few, to proudly avail the grant from the Government of India to create a novel environment to foster scientific temper, innovation and creativity amongst students with the setting up of the Atal Tinkering Laboratory, the inauguration of which was held on February 15,2020.The lab activities are designed to spur the spark of creativity and go beyond regular curriculum and textbook learningto be in synch with the global scenario.

The District Collector Mrs. Shilpa Prabkar Sathish was the chief guest of the occasion with Mr. Chandrasekar, an eminent scientist from ISRO and Mr. S. M. Kumar, Chief officer, District Science Centre as the guests of honour.

The students gave a very warm welcome to the special guests by dressing up themselves as famous International and Indian scientists.

The Innovation Hub Atal Tinkering lab was inaugurated by the Honorary District Collector, Video conferencing Hall by Mr. Chandrasekar and the Digital language lab by the District Science Officer.

During the inauguration, the young innovators from the school exhibited various innovative projects and explained their functioning enthusiastically. The chief guests and other dignitaries went around the lab, saw the models made by the students and interacted with them.

After this the formal function was held on the stage. Our Principal Mrs. Usha Raman gave the welcome speech. The District collector in her Presidential address said that skilled India is the need of the hour and each step taken this dream should be welcomed and we should work towards it together for a better India.She also motivated the children to take up the challenge of innovation and skills through the use of the lab which would go a long way in shaping their minds and careers. She wished the students many happy hours of tinkering.

We used her presence to honour the achievers of our school at state and national level competitions. Our correspondent Mrs.Nirmal Ramaratinam gave vote of thanks and congratulated the staff and students for the grand success of the function! 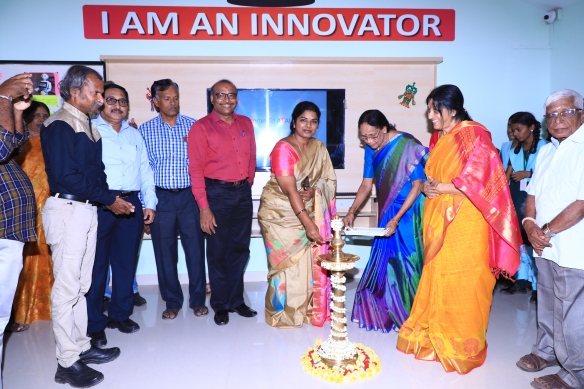 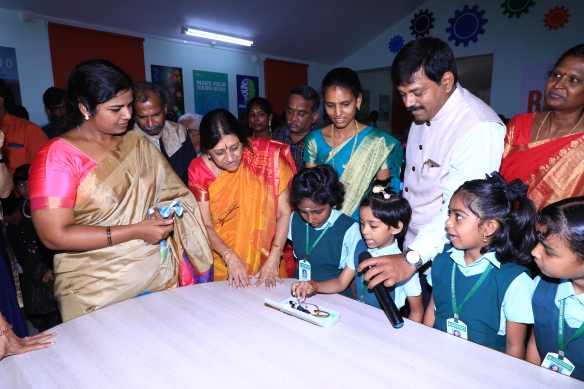 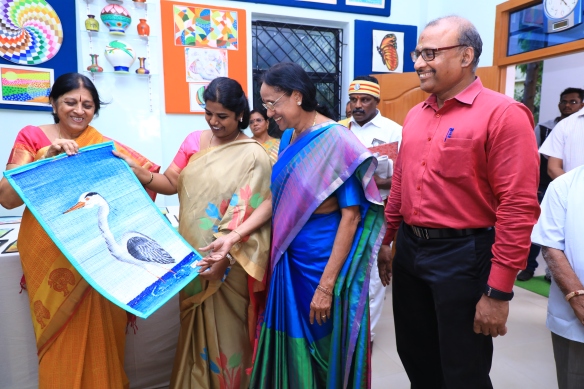