The Hindu Young World Quiz is the long-running event of its type for schoolchildren from standards 7 to 9.  The 2015-16 quiz was held on Jan 25 in Thyagaraja Arts College, Madurai: the city was the centre for the southern districts of Tamilnadu such as Kanyakumari, Tuticorin, Tirunelveli, Madurai and Virudunagar.

Competing in the preliminary round with 280 teams, our students V. Sri Siva Murugan of class IX and B. Selva Muthu Balaji of class VIII scored the highest and entered the finals on stage. Only the top six scorers in the prelims got the chance to occupy the hot seats on the dais: the other five teams were from Madurai.

The battle continued until the Jayendra team emerged victorious beating the team from Mahatma CBSE School, Madurai, by a margin of 38 points.

The Prizes were distributed by P. Srinivasamurthy, Inspector of Matriculation Schools: our two winners each received a Fire Fox bicycle.

Next day on January 26, in the Republic day function at Sri Jayendra the winners were recognized and appreciated by the Principal for their victory in  India’s largest inter-school live quiz.

Our students, the winners of the prestigious the Hindu Young World Quiz, with the Chiefguest Mr. Srinivasa Moorthy, the Inspector of Matriculation Schools. 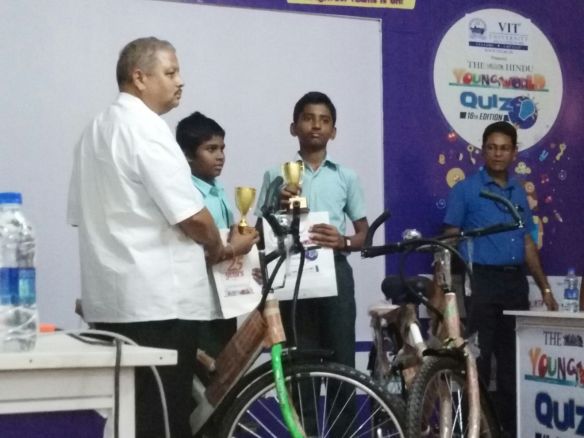 The winning team V. Sri Siva Murugan and B. Selva Muthu Balaji with our staff cherishing the proud moment with the Quiz Master Mr. V.V. Ramanan. 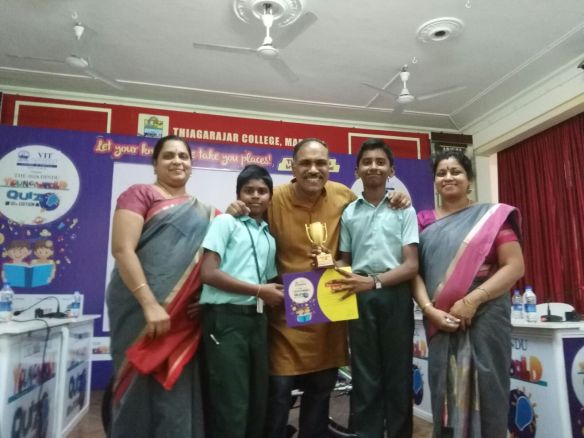 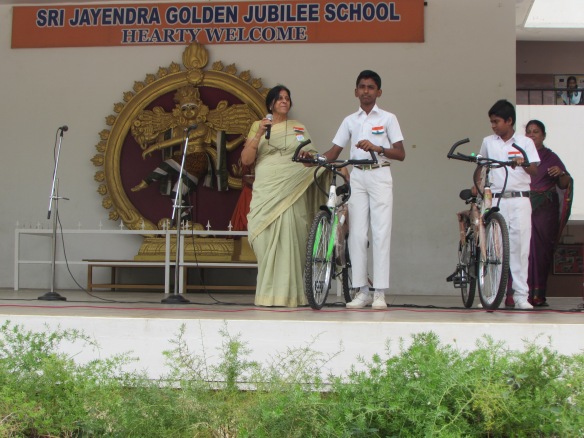